Grand Temple of The Gautama Buddha 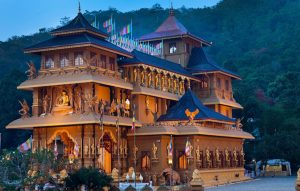 The Siri Gautama Sambuddharaja Maligawa (Grand Temple of The Gautama Buddha) is one of the most beautiful Buddhist temples in Sri Lanka. This magnificent temple was completed in 2012 to honor the Gautama Buddha and to commemorate the 2600th anniversary of his enlightenment. The temple was built with the meritorious intentions and guidance of most venerable Kiribathgoda Gnanananda Thero,the founder of the Mahamevnawa monastery. The statues, paintings, carvings and all other art works in the temple are original creations of highly skilled Sri Lankan artists, made exclusively for the Sambuddharaja Maligawa. As well, thousands of devotees connected to Mahamevnawa monasteries in Sri Lanka and abroad had extended their full financial and volunteer support. With the laying of the foundation stone, the construction work of the grand temple was started on 6th February 2011 and which was completed within one year and five months. On 2nd July 2012 the temple was offered to the Gautama Buddha during a grand opening ceremony and was made accessible to the public since then. 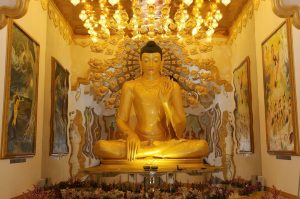 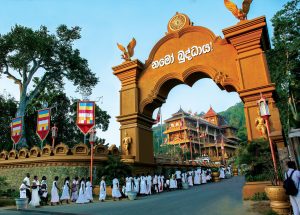 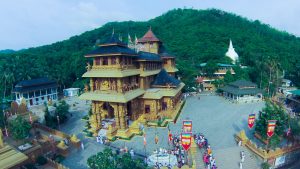